My Own Business, Abidjan, Ivory Coast

This project was realized by a few residents of a neighborhood called Treichville, who created the NGO called “My Own Business”. The main reason why they began this project is because their neighborhood was facing waste problematics, dilapidated built fronts, and floods. Hence, they wanted to improve their conditions of life since no services of waste collection, or sanitation were made in their neighborhood. Therefore, the project took place on an avenue (avenue 11, Treichville). Inhabitants cleaned up the avenue and the sewers, painted and restored the built fronts, and also gardened little parcels. 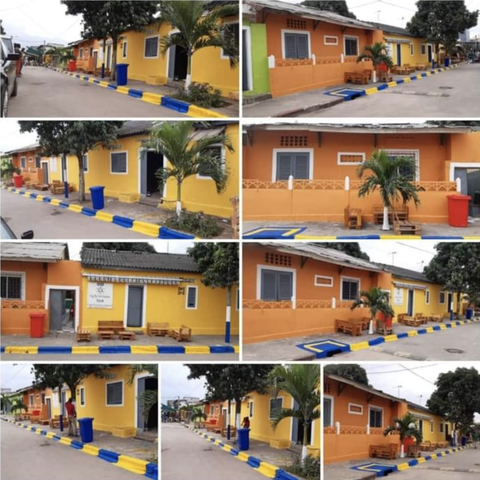 This project was led in 2017, in Abidjan the economic capital of Ivory Coast. As a capital, Abidjan has a lot of services, infrastructures, administrations etc. which contribute to the city's economic position in West Africa. On the other hand, many areas in the city suffer from sanitation issues. Hence, this point in particular concern this project.

Avenue 11 in Treichville was cleaned up, made attractive, by the inhabitants. This project allowed the creation of social cohesion between residents. On another hand, the NGO "My Own Business" and the participants, received the government's recognition.
Finally, after this project, the NGO launched several projects of this kind in different contexts such as schools's renovation, sensibilization, etc.