Although the two communities of Chuangzhifang and the First Community of Guoding Road are separated by a wall, the living environment and personnel structure are obviously different. The state of being separated by walls has brought great inconvenience to the lives of residents on both sides. This project is aimed to break the wall for the convenience of the two communities and contribute to building harmonious neighborhood. 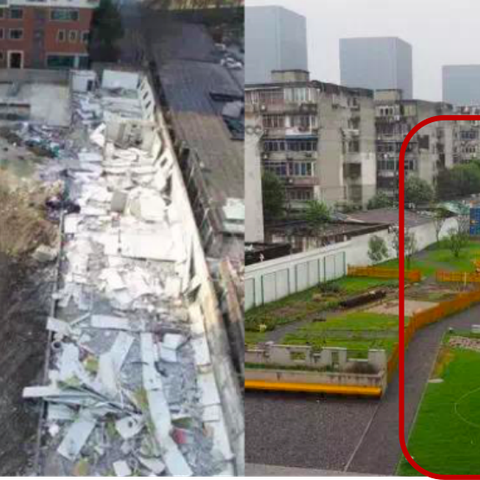 Time life of the project: more than 2 years

Funded by Yangpu Science and Technology Group and Shui On Group

The Ownership Committee of the two communities as the representatives of their residents are at the origin of the project. The Street Agency took the initiative in collecting ideas and coordinating. The planning professionals of Tongji University once intervened and proposed suggestions. The Ownership Committee of Guoding Road No. 1 Community took the initiative to apply for funding from the "Beautiful Home" project to break the wall. Yangpu Science and Technology Group and Shui On Group launched the project and built up “Knowledge and Innovation Community Garden” as an entry point.

The residents within the two communities and their neighborhood.

Mobilized by citizens, co-implemented by the Ownership and Neighborhood Committee. 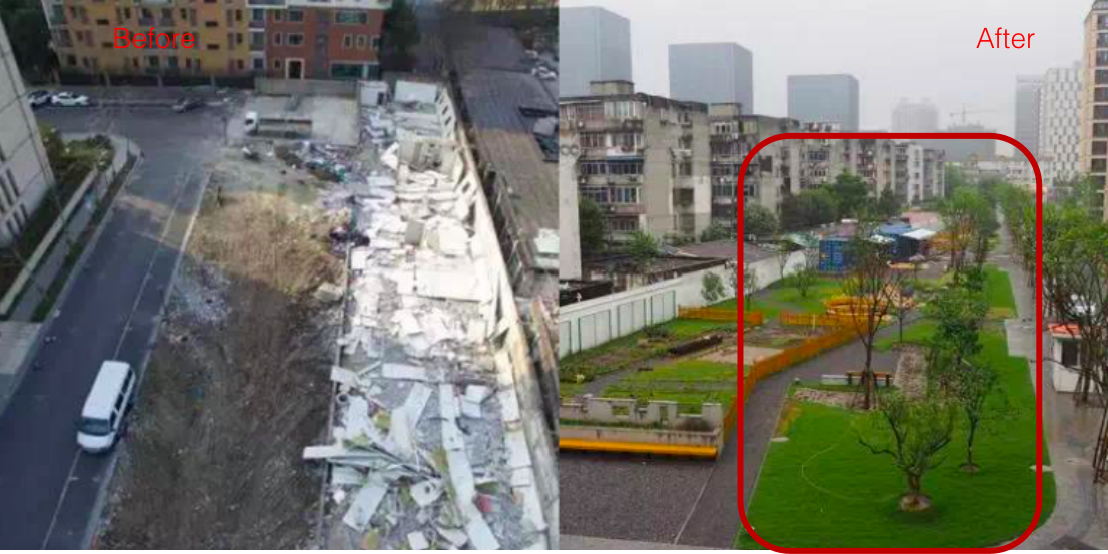 As a result, the wall in the middle was finally broken with a revolving door in place, which brought the convenience of the two communities. This innovation has also brought positive externalities -the two years of coordination has contributed to building a harmonious neighbourhood, and also KICG Garden was built up in between as ihe first community garden in Shanghai in an open block.

A supporting organization on community gardening