The Ciudad Dulce or "Sweet City" in the municipality of Curridabat is a unique case in that it has scaled up the basics of tactical urbanism by utilizing an inclusive planning process to implement master development plans. These plans are aimed at improving the lives of all residents, where the municipality has even taken the step to recognize its pollinators (bees, bats, butterflies, and hummingbirds) as residents of Curridabat, highlighting the need to coexist with nature in an urban setting. 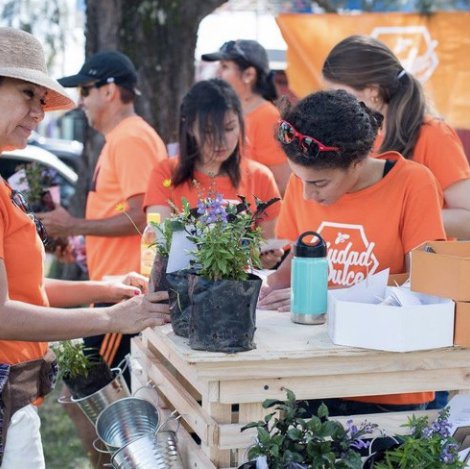 Two of the main goals for Ciudad Dulce are to increase biodiversity in the urban space and to motivate citizen participation. The municipality's main initiatives are their Spaces of Sweetness (Espacios de Dulzura) and their Transitions (Transiciones) project. In both initiatives multiple participatory workshops were held, for a total of 155 hours of co-designing for the Sweet Spaces project and an overall impact of 21 neighborhoods and 8 corridors that have been redesigned through a biodiverse and participatory lens.

By improving the experience of a honeybee residing in the City of Curridabat, the quality of life of all residents of Curridabat is improved.
- Jimmy Cruz, Mayor of Curridabat

The Ciudad Dulce aims to strengthen the connection between the inhabitants of the Curridabat municipality and the pollinators that live in their city. The projects implemented improve the lives of both pollinator and human resident.

The projects implemented are led by the Curridabat municipality, but each requires active participation of the Ciudad Dulce residents. While creating the Spaces of Sweetness master plans, over 1,100 citizens attended 400+ hours of participatory design workshops spread throughout 21 neighborhoods in Curridabat. Citizens also participate in the implementation, by helping with landscaping, painting murals, and mapping biodiversity and street infrastructure. In addition, citizens are encouraged to create projects that increase any of the 5 main guiding dimensions of the city's development : Biodiversity, Infrastructure, Habitat, Productivity, and Coexistence. 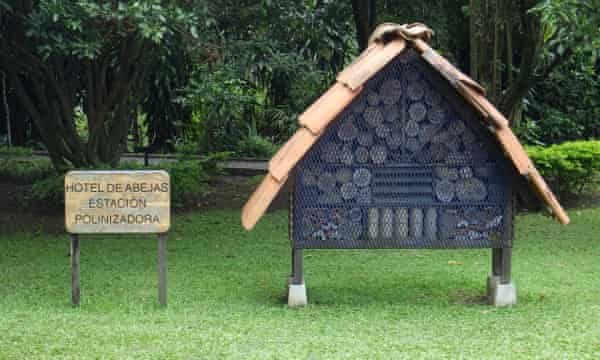 Since its start in 2015, Ciudad Dulce has revolutionized the way cities are designed. The 'Sweet City' has become an innovative pilot city in terms of combining community empowerment and conservation methods and continues to push boundaries with new projects being planned and implemented yearly. The municipality of Curridabat has attracted international attention and received numerous awards for its creation of Ciudad Dulce; an important achievement that shines a light on the innovative urban development occurring throughout Latin America.

Irene Gargia Brenes, Director of the Mayor’s Office for the City of Curridabat.
Contact form via municipality website